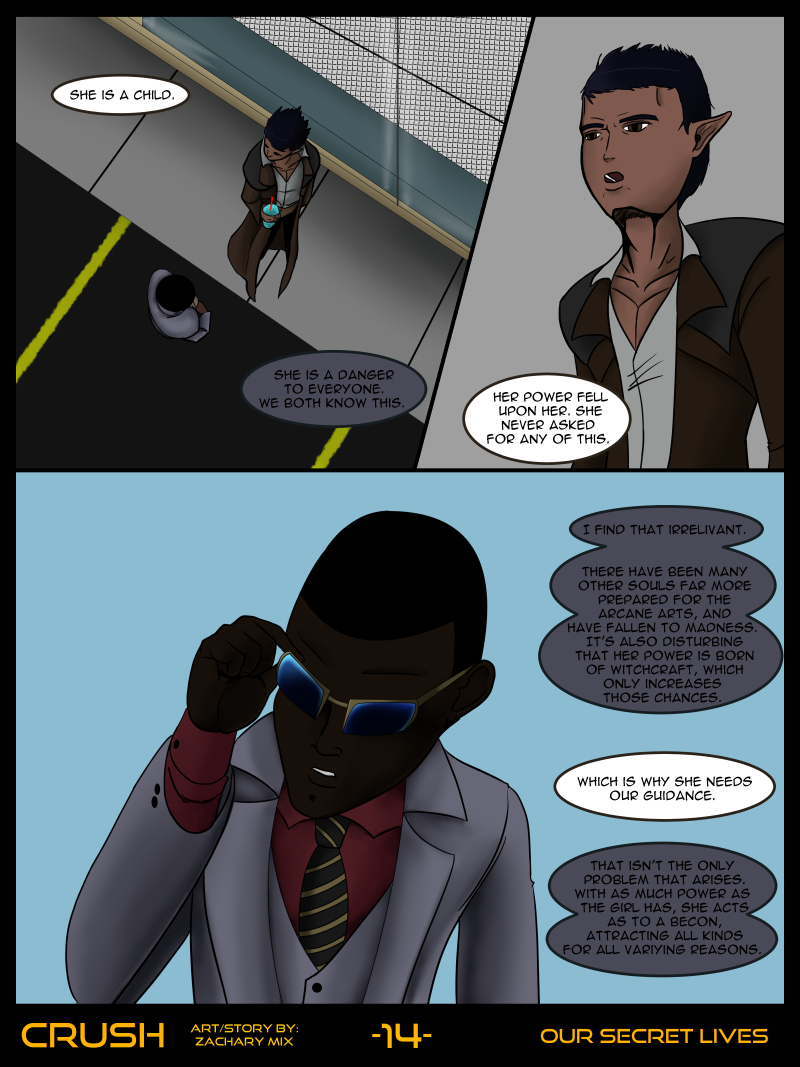 Well, Welcome to the Show has officially wrapped up.
So what is next.

For now..I will be taking a small break from doing comics in general, But it will only be for a short period of time.
I got several projects I have lined up, so I won't be posting here for a little while, but I will go ahead and announce what I plan on the next two chapters for CRUSH

First new chapter is called OUR SECRET LIVES; it will be a slower chapter, more based on character developement than action (although there will be some). It's gonna be more similar to an anthology, acting as smaller shorts rather than one continuous story.
The chapter following that, as of now, will be titled WRATH OF THE WOLF, where we are introduced to Crush's first real big bad, Frostmane.

Also for the future, I am gonna stray away from the weekly schedule. Not because it's hard, but mostly because I don't feel the quality as good as I would like.

I'm also gonna be working on pilots for other story ideas, one being about space pirates (THE JOLLYROGERS) and a dimension hoping elf in a sci/fantasy motif (VALKIRA) along with a Crush spin-off (LEGION:COVENANT). I do plan on doing turn arounds and enviromental pieces to go along with all my projects, so I have lots to do.

If you all would be interested in helping me along my journey, you can go to https://www.patreon.com/ZMix and chip in a buck (less than a soda a month)

Thank you for your continued love and support,
Z. Mix
Creator of CRUSH
0 Comments >>